Neither rain, nor sleet, nor gloom of night…

Around 1850 settlers, fur trappers, explorers and gold miners started moving into the Rogue River Canyon. This vast and isolated wilderness cut pioneers off from civilization for months or even years at a time. The closest post office was located in Wedderburn, Oregon, on the north side of the Rogue River. Mail was brought to Wedderburn from San Francisco by small sailing schooners or inland train. From there it had to be carried by pack mules to outposts along the Rogue River corridor. Elijah Price proposed a U.S. sanctioned Post Office on his homestead at Big Bend, forty miles upstream from Wedderburn. He believed he could move mail and freight to the isolated pioneers more efficiently by boat. 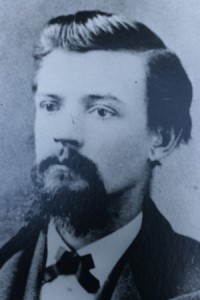 Price petitioned the U.S. Postal Service so consistently that they could no longer deny his request. The Postal Service finally agreed to a one year trial, for no pay, and Price agreed. On June 14, 1895 Noble Price (Elijah’s eldest son) made the first mail boat trip upriver in an 18 foot wooden boat. The boat was pushed, pulled and carried upstream with the assistance of sail, poles and oars. It would take Noble four days to complete the forty mile journey upriver to Big Bend. From that agreement the whitewater mail main was born, and more than 120 years later, the tradition continues.

After the trial year was completed, and proved feasible, sealed bids were accepted for the following year. In the spring of 1896 Jim Thorten was awarded the first official contract and would receive $600.00 annually to deliver mail upriver once a week. In October of 1897, a post office was established thirty-two miles upriver in the home of Amaziah Aubury. The outpost would be named Agness, after Aubury’s daughter, and a community took shape around the new post office that also took the name of Agness.

In the early 1900’s, gasoline engines began to emerge and Henry Moore operated the first gasoline powered Mail Boat run to Agness. Initially the small engines were not very powerful and required the assistance of poles to get over the shallow riffles. In 1926, Oscar Miller and Roy Carter operated the mail contract with the help of several gasoline powered round bottomed boats that were equipped with a special lift that would raise the propeller up behind the boat to help navigate the shallows. Boats at this time could accommodate a few passengers, but still predominantly carried only mail and freight. The Civilian Conservation Corps (C.C.C) established a camp near Agness during this era to complete a steel suspension bridge to span the banks of the Rogue River. All the materials needed for construction of this bridge were hauled in by the Mail Boats. The bridge was completed in 1932, but completely destroyed in the 1964 flood, and not rebuilt.

In 1946, the contract was awarded to Deforest Sorber and Lex Fromm. Lex and Deforest began building their own boats to out perform the older Mail Boats they had purchased. In 1959, Lex went on to design the first ‘tunnel’ boat. This special design allowed the propeller to operate up in a tunnel built into the hull of the boat.

With the end of World War II more people began to travel. Visitors who stopped to fish on the Rogue River began to take the mail boat ride as a pleasure tour. Early travelers enjoyed the novelty of watching mail be delivered to the various docks, homes, camps, and boats along the way. The popularity of the Rogue River was becoming well known for its scenic environment. Author Zane Grey, river-runner Glen Wooldridge, Hollywood stars, and a growing middle class helped bring world-wide notoriety to the Rogue River Canyon.